The Board of Smurfit Kappa received a revised proposal from International Paper Company on Thursday evening, 22 March 2018. Under the terms of the Revised Proposal, Smurfit Kappa shareholders would receive €25.25 in cash (which would be reduced to €24.605 after payment of the final dividend of 64.5 cent recommended on 7 February 2018 and to be paid on 11 May 2018) and 0.3028 new shares of International Paper common stock for each Smurfit Kappa ordinary share held by them.

International Paper’s proposal announced and rejected by the Board on 6 March 2018 valued each Smurfit Kappa share at €36.46 (without reduction for the Final Dividend). The Revised Proposalrepresents an increase in value of only €1.08 per share, equivalent to less than 3%.

Following careful consideration, together with its financial advisers, the Board has unanimously rejected the Revised Proposal. The Board is resolute in its belief that the best interests of the Group’s stakeholders are served by pursuing its future as an independent company, operating as the European and Pan- American leader in paper-based packaging. The Revised Proposal also fundamentally undervalues the Group and remains significantly below the valuations set by recent industry transactions.

The Revised Proposal continues to include a significant proportion of the consideration in the form of International Paper shares which are US-listed, represent uncertain value, and would expose Smurfit Kappa shareholders to the risk of significantly greater leverage and the challenges of integrating two businesses with fundamentally different cultures.

Liam O’Mahony, Chairman of Smurfit Kappa, said: “On 6 March, the Board of Smurfit Kappa unanimously rejected International Paper’s unsolicited and highly opportunistic proposal. The Revised Proposal does not offer Smurfit Kappa shareholders much more than compensation for the fall in International Paper’s share price since that date and again entirely fails to value the Group’s true intrinsic business worth and future prospects. We delivered a record performance in 2017 and underlying trading momentum has continued into 2018.

Moreover, the Revised Proposal does not make strategic sense for Smurfit Kappa and its stakeholders. Smurfit Kappa has a distinct business model and culture as a customer-oriented, performance-led packaging leader and has already communicated a strong plan to accelerate development and performance with its 2017 year-end results.

The Board unanimously reaffirms its belief that it is in the best interests of the Group’s stakeholders for Smurfit Kappa to pursue its future as an independent company, headquartered in Ireland, operating as the European and Pan-American leader in paper-based packaging”. Shareholders are strongly advised to take no action with respect to the Revised Proposal.

This announcement is made without the consent of International Paper. 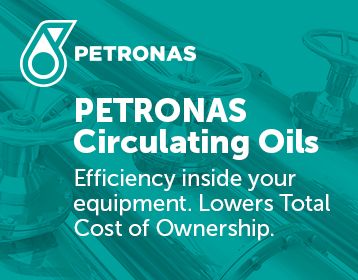