A research team from the National University of Singapore’s (NUS) Faculty of Engineering has achieved a world’s first by successfully converting paper waste into green cellulose aerogels that are non-toxic, ultralight, flexible, extremely strong and water repellent. This novel material is ideal for applications such as oil spill cleaning, heat insulation as well as packaging, and it can potentially be used as coating materials for drug delivery and as smart materials for various biomedical applications. This pioneering work was achieved by a team led by Assistant Professor Duong Hai Minh from the Department of Mechanical Engineering.

“Aerogels, which are among the lightest solid materials known to man, are one of the finest insulation materials available. Traditional aerogels are mainly made of silica, which is not environmentally-friendly. In contrast, cellulose is low cost and makes up 75 to 85 per cent of recycled paper. Our team developed a simple, cost-effective and fast method of converting paper waste into aerogels. In addition to low thermal conductivity, these novel aerogels have several unique features, one of which is super high oil absorption capacity – it is up to four times higher than commercial sorbents available in the market. We are very excited about the potential applications of this new material,” said Asst Prof Duong.

The global production of paper is expected to increase to 500 million tonnes by 2020. The large amount of paper-related waste generated annually causes destruction of forestation and environmental pollution, and the enormous waste is also difficult to dispose. Recycling or converting paper waste into useful products, therefore, contributes towards environmental conservation. The NUS team has also developed a more eco-friendly process to convert paper waste into aerogels. “Our fabrication process uses 70 per cent less energy, produces fewer polluting emissions into the air and water, as well as uses less dioxins in the chlorine bleaching process. It is also faster – the entire process only takes three days,” explained Asst Prof Duong.

The novel cellulose aerogels developed by the NUS team boast super high oil absorption capacity. Coated with Trimethoxy-methylsilane (MTMS), the aerogels are water repellent and are capable of absorbing oil (excluding water) up to 90 times their dry weight, making them up to four times more effective than commercial oil sorbents. Furthermore, they can be squeezed to recover over 99 per cent of the crude oil absorbed.
Elaborating on the potential application of the cellulose aerogels, Asst Prof Duong said, “Oil spills are serious disasters that threaten marine ecosystems. Sorption has been considered one of the most effective ways to clean oil spills. Polypropylene (PP)-based absorbents are widely used for oil absorption but they are non-biodegradable, and their absorption capabilities are both low and slow. Our novel cellulose aerogels therefore serve as an attractive alternative to current methods of oil spill cleaning, which has a potential market size of US$143.5 billion.”

Another important application of the novel cellulose aerogels is to serve as insulation materials for buildings.
In Singapore, air-conditioning of buildings take up about two-thirds of the energy consumption in buildings. About 25 to 50 per cent of heat losses are from windows, doors, basement and roof of the buildings. These have resulted in a high market demand for eco-friendly sorbents which have greater absorbency and water repellent properties, as well as effective heat insulation materials that are less costly to install. Thermal insulation of buildings is estimated to have a potential market of US$3.3 billion globally.
“As a heat insulation material, our novel cellulose aerogels offer a few added advantages. Their water repellent property allows them to be adaptable to both dry and rainy weather and their structure remains stable for about six months in tropical climate. Being extremely strong, they increase building strength. In addition, these aerogels are lightweight and slim, resulting in slimmer walls, thus increasing building space,” added Asst Prof Duong.

Potential applications aplenty
The novel cellulose aerogels developed by the NUS team could also signal a change in the packing industry. Plastic-based packing materials such as the bubble wrap could be replaced with biodegradable aerogel-based foam or advanced cellulose aerogel nanosheets, which are environmentally-friendly.
With high surface area and high porosity, the biodegradable aerogels could also be used as coating materials in drug delivery or as smart materials.
The NUS team has also discovered a way of expanding the weight capacity of the cellulose aerogels. This is done by infusing the fibres of the cellulose aerogels with a solution of metallic nanoparticles. The cellulose aerogels are then hammered flat to remove most of the air, resulting in a magnetic thin film that has a weight capacity of over 28 tonnes per square centimetre.
MTMS-uncoated cellulose aerogels are hydrophilic, thus they can also absorb and retain huge volumes of polar fluids such as water and alcohol. Therefore, they can be used in products such as baby diapers and sanitary napkins.
In addition, compressed cellulose aerogels can be used to plug life-threatening wounds such as a gunshot or stabbing lesion by injecting them into the wound cavity. The sponges expand inside the cavity, creating pressure that can block bleeding and life-threatening haemorrhage in 20 seconds or less. This incredible speed is a remarkable boon, which could greatly enhance survival rates.

From idea to market
The team has filed a patent for their invention in USA, China, India and Southeast Asia. The technology has been licensed by the NUS Industry Liaison Office, which is part of NUS Enterprise, to Bronxculture Pte Ltd in November 2015 for commercialisation. Bronxculture intends to manufacture the cellulose aerogels and further expand its applications in three areas, namely, insulating materials for packaging boxes, insulating layer for winter garment and oil absorption materials.

Latest news from the chemicals channel 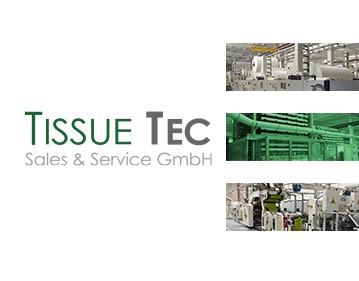