In advance of the BillerudKorsnäs Annual General Meeting of shareholders to be held on Wednesday 10 May 2017, the BillerudKorsnäs nomination committee proposes the re-election of Andrea Gisle Joosen, Bengt Hammar, Mikael Hellberg, Lennart Holm, Michael M.F. Kaufmann and Kristina Schauman as members of the Board, and the election of Christian Saclier and Victoria Van Camp as new members of the Board. The nomination committee also proposes the re-election of Lennart Holm as chairman of the Board and Michael M.F. Kaufmann as vice chairman of the Board. Jan Homan and Gunilla Jönson have decided not to seek re-election.

Christian Saclier is Global Head of Industrial Design at Nestlé since 2012. Christian joined Nestlé in 2008 as Technology Scouting & Sustainability Lead at Nestlé’s Research Center. Prior to joining Nestlé, Christian spent 4 years with Roche, Consumer Health, as International Packaging Development Manager and 8 years with Novartis as Global Head of Packaging Innovation and other executive positions related to innovation and technology. Focus has been on packaging design and material science including digital interactive packaging. Christian is a lecturer at IMD Business School in Switzerland and an international keynote speaker on innovation & design principles. Christian is a French national, and graduated with a Master of Science in Chemistry from the Technical and Chemical Institute in Lyon, as well as a Bachelor of Science in Macromolecular Chemistry from Lyon I University.

Victoria Van Camp is President, Business & Product Development, at SKF Group since 2016. Victoria joined SKF in 1996 and has prior to assuming her current role been working as Director of Industrial Market Technology & Solutions, and as Director of Product Innovation Lubrication BU as well as in several other positions related to business based innovation within the SKF Group. Victoria is also a board member of PREERA. Victoria is a Swedish national and graduated with a Master of Science in Mechanical Engineering, and a PhD in Machine Elements from Luleå University of Technology.

Michael M.F. Kaufmann, chairman of the nomination committee, commented: “The nomination committee is very pleased to have recruited Christian Saclier and Victoria Van Camp to the BillerudKorsnäs Board. Christian and Victoria are two experienced professionals with highly complementary expertise. Victoria will bring valuable insights from the use of industrial IT/automation, a strong combination of R&D, innovation and operational development, as well as a Swedish perspective on the BillerudKorsnäs operations. Christian will bring operational expertise gained over more than 20 years of leading global FMCG groups, where packaging is a core element of innovation and business success. The nomination committee is confident that the proposed new members will complement the Board’s expertise across a variety of areas considering their longstanding careers in Swedish and international markets.”

Michael M.F. Kaufmann added: “On behalf of the nomination committee, I would also like to take this opportunity to thank Jan Homan and Gunilla Jönson for serving on the BillerudKorsnäs Board during this time of successful integration and for their contribution in building the new BillerudKorsnäs.” 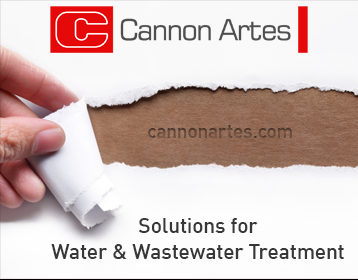