The current phase of the Irving Pulp & Paper Mill Modernization project is approximately 87% complete. The new equipment and technology is on schedule for commissioning and start-up by March 2016. The project is part of a $450 million modernization – the largest pulp mill investment in Canada since 1993.

Operators at the mill are preparing for the new digester equipment with simulation training next month.

“We’ve invested in training software very similar to flight simulator technology,” said Rob Wilcox, Senior Electrical Engineer, Irving Pulp and Paper. “The virtual control system simulates the entire process, complete with all of the flows, pressures, and temperatures. We’ve programmed simulations for the digester operator to start-up the digester, fill it with chips, introduce an upset condition, and have him learn how to adjust. This allows us to simulate operation before we are actually able to use the digester itself.”

An engineering graduate of UNB and New Brunswick Community College, Rob Wilcox has had a range of career opportunities with Irving Pulp and Paper over the last 28 years. He is currently the Electrical, Instrument, and Automation Advisor for the pulp mill modernization project.

“One of the emerging technologies that we are going to be using is motor control over the Ethernet,” Wilcox said. “Some of the new instruments are able to do their own diagnostics, and we are now able to get that information back through the control system, into a massive management program. It will give us a predictive maintenance schedule; we will be able to receive alerts in advance, without losing production.”

The mill modernization is an exciting time for young engineers and technologists graduating from university and community college.

“We have a very good work force here. There are a lot of younger technologists that are just gobbling up this technology and it’s great,” Wilcox said.

The Irving Pulp and Paper mill is a central part of JDI’s forest products value chain in New Brunswick, generating over $400 million in annual purchases and supporting over 1700 suppliers across 250 communities in the province that we are proud to call home.

Between 2015-2017, JDI forecasts hiring over 3400 new team members for its New Brunswick operations – including engineers and trades from NBCC. 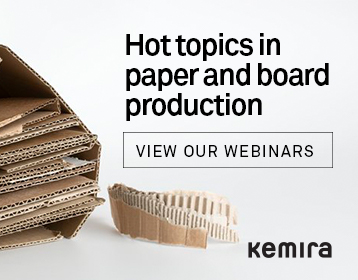