The much-depreciated Russian rouble has given Russian exporters of logs and lumber a good opportunity to increase shipments of their products. However, softwood sawlog export volumes in the 4Q/14 were up only by 2-3% from the same quarter in 2013, while lumber exports declined over the same time period, reports the Wood Resource Quarterly. Two major events in Russia changed the outlook for production and exports of forest products in 2014. First came Russia’s involvement in Ukraine last spring, which resulted in an array of sanctions by governments in the US and Europe. Later in 2014, the world market oil prices fell by over 50 percent. This price drop had major ramifications for Russia because oil is the major export commodity for the country. Together, these two events have shaken the Russian financial institutions and will likely result in a 3-5 percent contraction in the Russian GDP in 2015.

The real income for households in Russia is expected to decline this year for the first time in over 15 years and as a consequence, there is likely to be some serious belt-tightening throughout the country. Reduced disposable income, declining investments in construction and infrastructure, and an abysmal outlook for economic growth over the next few years are all factors that are going to negatively impact domestic consumption of wood products in Russia during 2015 and 2016. Reduced demand for wood products domestically and cheaper Russian goods in the export market, as the result of the Rouble having lost almost 50 percent of its value, are encouraging the manufacturers of forest products to explore opportunities for increasing exportation of logs and lumber during 2015.

From August to December of 2014, the export prices for Russian softwood logs, hardwood logs and softwood lumber increased by over 50 percent in Rouble terms, while the prices in US dollar terms stayed practically unchanged for logs and even fell for lumber, as reported in the latest Wood Resource Quarterly (WRQ). Despite the prospects of substantially higher profits in the export market, there has not yet been a surge in export volumes of forest products from either Eastern Russia to the major market in China, or from Northwestern Russia to consumers in Europe. The shipments in the 4Q/14 were practically unchanged from the same quarter in 2013. 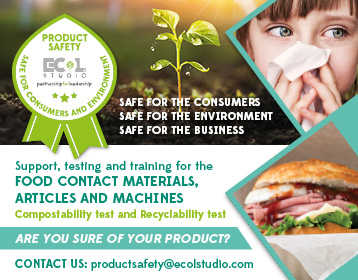