Sappi North America has joined on as a new funding partner of The Recycling Partnership, a national nonprofit that applies corporate funding to improve recycling efforts in communities across the country. In doing so, the company will be working to help transform recycling nationwide, increase materials recovery, and reduce the creation of greenhouse gases that add to climate change.

Currently, still less than half of recyclables in U.S. homes are getting captured; just 22 million tons out of an available 46 million tons are recycled every year1. While the funding and management of recycling systems has fallen on the shoulders of cities and towns across the country, now, through The Recycling Partnership, nearly 40 companies, including Sappi are committing financial resources to work with the nonprofit and local governments to improve recycling systems.

Since 2015, The Recycling Partnership has invested more than $27 million of corporate funding in recycling infrastructure. Each new funder expands The Partnership’s reach to improve recycling through local and national work.

“Sappi North America has been part of The Recycling Partnership through the Recycling Works in Publishing,” says Keefe Harrison, CEO of The Recycling Partnership. “We are grateful to have them now on board as a direct partner. The work Sappi has done throughout Maine and beyond with co-funding pedestrian recycling bins has been very successful. We look forward to working with their team on generating new ideas and partnerships to improve recycling in cities and towns across the United States.”

Sappi has always been committed to sustainability, particularly waste reduction and the best use of materials, according to Laura Thompson PhD, Director of Sustainable Development and Global Policy Initiatives, Sappi North America. “We’re excited to further this work by supporting The Recycling Partnership in its mission to transform recycling for good in the U.S. We are proud of the work that we have already completed with the Partnership over the years, and we are ready to make an even larger impact on recycling in our country moving forward,” she says.

For the last two years, Thompson has served as the chair of Recycling Works in Publishing (RWIP), a member of The Recycling Partnership. Last fall, Sappi worked with The Partnership to launch a recycling cart program in the city of Portland, Maine, increasing access to recycling for the city’s residents. The Portland project is helping to inform a greater collaboration with the Ocean Conservancy and its Trash Free Seas initiative, a public awareness program that educates consumers and reduces pollution in the world’s oceans. Sappi is also a member of the Sustainable Packaging Coalition (SPC), and a supporter of ASTRX, a joint initiative between SPC and The Recycling Partnership, which aims to increase recycling by strengthening each element of the materials supply chain to create reliable and valuable manufacturing feedstock.

“The paper industry has very high recycling rates compared to other materials,” says Thompson. “Recent statistics show we are recovering over two-thirds of paper in circulation – but that means there are still nearly 20 million tons of paper-based materials that are not being recovered each year. Through efforts such as designing for recyclability to improving infrastructure, access, and education, we can further improve our industry’s recycling efforts. We see The Recycling Partnership as a key player in making this goal a reality, and we’re proud to help further its mission.” 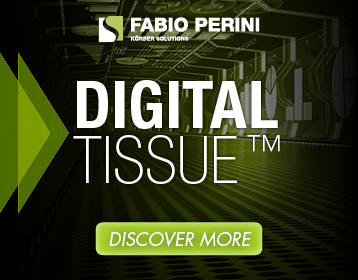