Fedrigoni Top Award is an international prize – now at its ninth edition – inspired by the desire to narrate all the ways paper can be transformed and how this ductile and versatile material, thanks to the study and creativity of printers and designers, can become a book, a ticket, a game, a brochure or a package.

The Fedrigoni Top Award seeks to reward inventiveness and creativity coming alive precisely with paper, by exhibiting and comparing projects from all over the world developed using Fedrigoni papers.

Originally launched as an in-house competition, in 2005 the Top Award was opened to the public: graphics and publishing companies are invited to enter their best projects and to take part in the selection process involving by an independent Jury that rewards the three best projects in each of the five categories. All winners will be featured in a major exhibition that is scheduled for this new edition in London, at the Stationer’s Hall on 12 March 2015.

Once again this year, the jury includes some of the best talent in the world of graphic design and publishing: Ginette Caron, Joost Grootens, Simon Esterson, Massimo Acanfora and Xavier Bas Baslé were welcomed to the historic head offices in Verona by Chiara Medioli, Fedrigoni Marketing Director, where they identified a short list of winners.

Ginette Caron, founder of the “Ginette Caron Communication Design” Studio in Milan, design director for important international brands, member of the Permanent Observatory of ADI Design Index; elected in 2011 as a member of the Royal Canadian Academy of Arts.

Joost Grootens, Director of the Master Course in Information Design at the Eindhoven Design Academy, specialising in book design within the scope of architecture, urban spaces, art and atlases, was the winner in 2009 of Holland’s prestigious Rotterdam Design Prize.

Simon Esterson is a designer specializing in editorial design, a consultant for Tate Publishing in London and art director of the international graphic design review “Eye”.

Massimo Acanfòra, creative director of Conran & Partners, an associate design studio based in London which develops interior design products, architectural projects and brand positioning. As publishing art director for “Graphis” magazine, he has received numerous awards, including Best Magazine of the Year from the Society of Publication Designers.

Xavier Bas Baslé, founder of Xavier Bas Dissegny, a creative branding and packaging design workshop and currently director with Miquel Capo, was art director of Taula de Disseny; he has taught design for more than thirty years and directed the latest editions of the Wine Label Creativity Laboratory for the Master’s Degree in Packaging at the Elisava School. He is a member of ADG-FAD Association of Art Directors and Graphic Designers and consultant for the International Group Relations Conference “Authority, Role, Negotiation”. 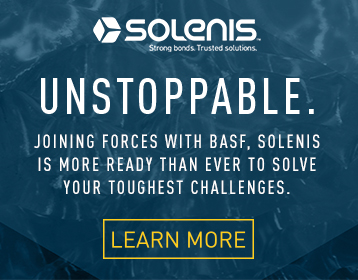