“Wood fuels were also the most important energy source in Finland, as they accounted for 27% of the total energy consumption”, says Esa Ylitalo, Senior Statistician at Luke. 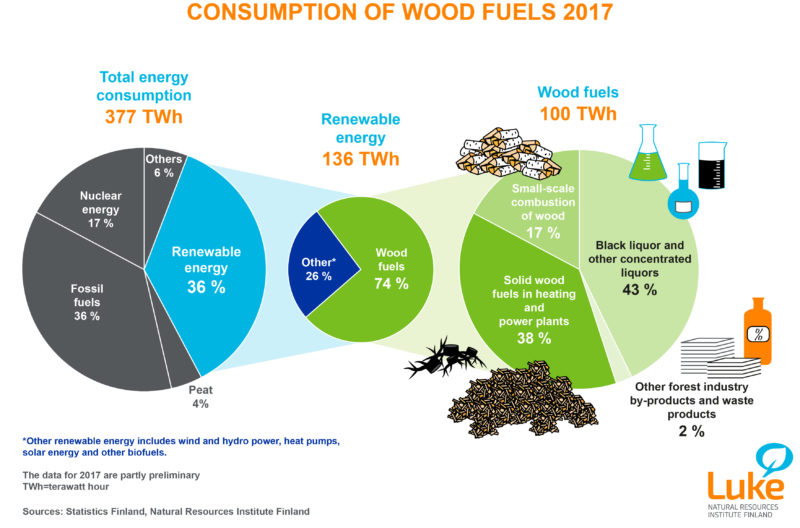 According to Luke’s statistics, heating and power plants consumed nearly 20 million solid cubic metres (38 terawatt-hours) of solid wood fuels in 2017. This is the highest figure ever recorded in statistics and increased by 2% from the previous year.

Bark is the most significant by-product

Forest chips looking for their way

The use of forest chips, defined as the driver of the increasing use of renewable energy in Finland’s previous Climate and Energy Strategy, has remained practically unchanged in Finland in recent years. We are clearly falling behind the goals set for their use. In 2017, the consumption of forest chips decreased by 3% from the previous year to 7.2 million cubic metres. When measured by volume, forest chips lost their leading position held since 2010, becoming, for the first time, the second most significant solid wood fuel after bark.