Over a year has gone by since the IAEA (International Atomic Energy Agency) verified Tehran’s compliance with the nuclear agreement, and many of the economic sanctions against Iran were removed. During that time, the country’s relative isolation from international markets, especially those in the West, has led the country to establish an independent economy. While Iran has been successful in becoming self-sufficient, its open doors to much of the world has now put a spotlight on areas for investment where growth has faltered since the sanctions.

One of these untapped markets is Iran’s forest products – an area showing significant growth potential. Considering Iran’s raw material balances and demand prospects for forest products, probably the most obvious business opportunities for international players can be found in the wood raw material supply.

Iran is located in the mid-latitude belt of arid and semi-arid regions of the earth. Consequently, Iran is sparsely forested with only some 7 million hectares of forest covering less than 5% of the nation’s land area. Most of Iran’s forests are found in the North in a region called the Hyrcanian forests and is the primary wood production region in the country accounting for about 30% (2.1 million hectares) of the country’s forest area. About 15% of the Hyrcanian forests are protected from harvesting. The main species of the Hyrcanian forests are hardwoods, including beech, hornbeam, maple, oak, alder, elm, ash and ironwood and a few softwoods including cypress, juniper and yew.

The second most important forest area is located to the west, accounting for about 40% of the Iranian forest area and comprising mainly oak. However, Zagros is not suitable for industrial production because much of the area has been converted to grazing but has been found suitable for forest plantations. The last major forest area is called Mangrove forests in the south and is protected from harvesting.

At present, there are hardly any sawmills left due to the shortage of sawlog-sized wood and the shortage of adequate water resources is a major constraint to plantation development. The Iran Government is not placing any serious emphasis on securing domestic wood supply – instead, the industry’s sentiment is that the state encourages wood imports instead of domestic supply.

The development of wood-based panels industry has been quite divergent despite the fact that it shares upstream challenges similar to the sawmilling sector. The market size is not monumental, but the potential for growth is significant. The increasing demand for modern furniture, built-in-fitments and other home-furnishing products will keep the Iranian wood-based panels market in a growth track well into the future. Panel exporters will likely maintain their presence in the country, but in particular, suppliers of modern panel production lines will likely activate in the future, as Iranian companies will invest in new technologies in an attempt to become more competitive.

Reliable data on industry output and product demand for Iran’s pulp and paper market is lacking considerably. However, most Iranian paper industry players share the view of a growing domestic market. But they face many of the same challenges as the wood raw material industry; a costly and limited supply of wood or fiber; a need to modernize mill assets and the threat of strong international competition. Potential foreign investors should see the opportunity in those challenges; it opens doors for foreign capital and investment in a market with high demand and little production. 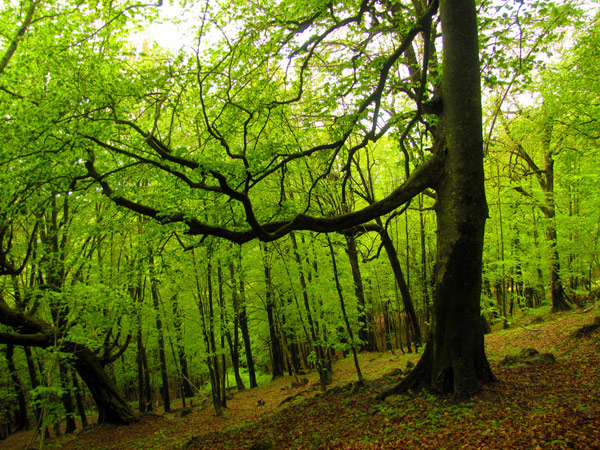 Several factors including the modernization of society and retail trade, along with the rise of the middle class will eventually lead to the rise of packaging industry in Iran. The packaging industry is seeking ways to modernize existing assets and invest in new production lines – including primary paperboard production and packaging converting through final products packaging. Historically, Chinese suppliers have been the main beneficiaries of the rise of the packaging machinery market in Iran. With the lift of the sanctions however, Iran is also looking for high quality machinery from regions outside China, eyeing markets that have been banned in recent years.

Another sector that has the potential for profitability for Western investors is the Iranian tissue and hygiene sector which up until now has been dominated by domestic suppliers, and one Turkish group, in the absence of strong international players. The industry has invested somewhat ahead of demand in the anticipation of rapidly growing market. In terms of per capita consumption, Iran is lagging far behind the large Middle East countries as well as its global peers of the same income level, but is quickly catching up with them in terms of demand level.

Dawn of a New Economic Era?

The oil embargo and other economic sanctions have been the key reasons behind Iran’s flimsy economy during the current decade. However, the sanctions may have helped the country cope with the commodities slump by forcing it to diversify its economy. Iran is the third largest economy in the MENA region after Turkey and Saudi Arabia. It has the second largest population of the region after Egypt with an estimated 82.8 million people in 2016. Compared to most MENA countries, Iran is in a relatively good position in terms of oil dependency, thanks to the Government’s efforts to reduce dependency on oil and gas by focusing on expanding other sources of revenue.

Because of the sanctions and its relative isolation from the rest of the industrial world, Iran has had to make itself independent from the rest of the world. As a result, Iran has fostered a strong workforce – the country’s vast population is young, urbanized and highly educated and the country has an established manufactured commodities market. The opportunity for strong growth in key markets along with a reliable domestic workforce makes Tehran and other thriving metropolises attractive destinations for foreign businesses and set the stage for future investment post sanctions.

While many sanctions banning trade and finance remain in place due to concerns over Iran’s human rights record and military programs, the overseas business community should not lose perspective on the growing opportunities in the country. Iran has taken crucial steps to mend business relations with the West. It privatized its industrial sector and gives investment incentives for foreign capital. Most national and EU-level restrictions were eliminated after January 2016 and several European companies have taken advantage of this situation. These include European Airbus, Italy’s state rail company, the French car maker Renault and the Danish pharmaceutical company Novo Nordisk to name a few. Further, a number of Asian firms are already making steady inroads to the Iranian markets.

China intends to fully exploit the potential for cooperation with Iran, predominately in infrastructural projects and manufacturing. China’s Silk Road Strategy provides the framework and encourages Chinese companies to increase their involvement in the opening Iranian market. This would be a reason good enough for the European businesses to take a closer look at hiding opportunities in one of the most stable Middle East markets at the moment.

Iran offers one of the few forest products markets that are showing significant growth potential which, owing to the country’s vast population base, can turn out considerable in terms of both volume and value. It is therefore recommended and meaningful for business developers and marketing managers to investigate the country’s existing and emerging opportunities.

Access to relevant market information is necessary for companies that want to discover trading and investment opportunities in Iran. The to-do list should include collection of market data and finding the right local partners in the country, as well as checking global compliance/sanctions lists to ensure that business is conducted by the book. All things considered, businesses need to understand the nature and extent of the current (remaining) restrictions and be prepared for possible challenges.

The Iranian wood processing, paper and packaging industry is currently modernizing its asset base. Investments that are enhancing cost competitiveness and product quality will be on the front burner, thus providing business opportunities for machinery and equipment vendors in Europe and Asia. New opportunities for packaging and converting firms will open up as FMCG companies have paved their way onto the market and started to form local and international partnerships in order to develop their offering in the country.

Meet your next bussiness partner
AFRY
View the company profile