Our current figures for 2018 suggest that the Western European market expanded by only 0.7%, even less than in the weak years 2014 and 2016. Some smaller revisions in the foreign trade figures are still possible, but even these will not change the fact that market growth was weak in 2018. In 2013-2018, tissue consumption grew by 402,000 tonnes in Western Europe, about 80,000 tonnes per year on average.

Having a slightly longer perspective, the average five-year growth rate (2013-2018) was not more than 1.2% per year, so last year’s development was below trend line growth.

The current outlook is that like the economy, Western European tissue consumption has lost momentum. There are no indications that this slowing growth trend will stop in the near future, and we have adjusted our forecast downward accordingly. The driving forces for tissue consumption are weak, as population growth remains low in Western Europe, and the high average share of retailer labels in the consumer tissue business keeps the consumption structure static as retailers dictate the specifications for their products and there is little room for innovations and new product launches, which are an important driver in the better-performing US tissue market.
Also, one of the important factors in the past was the shift to more plies in toilet tissue and kitchen towels, but this development has now slowed as there is no need to continue on this path, with four – and even five – ply toilet paper being offered in a number of Central European countries, such as Germany. 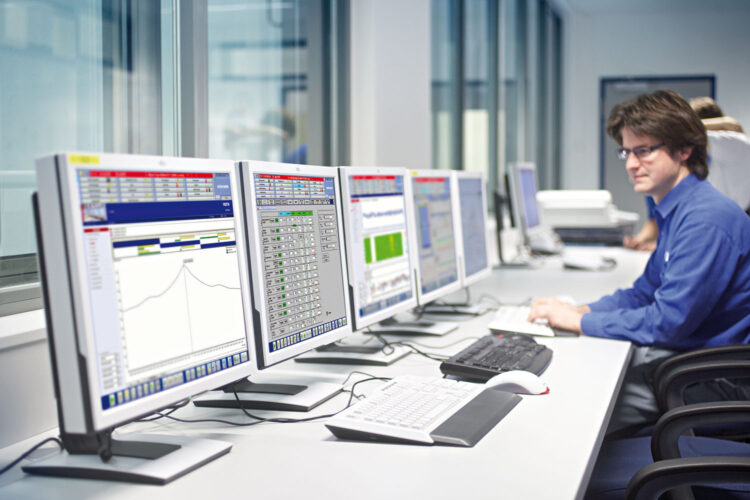 Retailer labels continue to gain share but rather slowly

One of the main features of the Western European consumer tissue market is the high share of private or retailer labels. Nowhere else in the world have retailer labels gained such high popularity as in Europe. This development began in the 1990s and had its strongest growth phase 10-15 years ago, but there seems to be no absolute limit for the growth. However, it is hard to believe that in any country there would be only retailer labels available, so the 100% private label share may never be reached.

There continue to be major differences between countries due to the structure of retailing, power of local suppliers and consumer attitudes. Germany leads the list with a very high 85.0% share of retailer labels, followed by Spain (81.4%) and Greece (81.4%). Finland and Italy have the lowest retailer label shares, at 29.8% and 35.3%, respectively. In Finland, the tissue business is firmly in the hands of two main suppliers, Metsä Tissue and Essity, both of which want to offer their own brands rather than retailer labels. Retailing is also very much dominated by two main groups, Kesko (K Group) and S Group (cooperative known also as Sokos). Recently, Lidl has gained reasonable market share in Finland and this has led to some increase in the retailer label share.

In Italy, the fact that retailing is more fragmented than in many other countries, especially in the south of the country, and the local tissue industry is strong are the main reasons for the rather low retailer label share.

Among other countries, the Netherlands also has a retailer label share less than 50%; all other Western European countries are above that. Unfortunately, there are no figures for Denmark available for 2017-2018, but its average volume share in 2016 was around 62%.

Germany, the largest market, contracted in 2018

The sub-region of Central Europe and the British Isles showed average growth of 0.8% in 2018, negatively affected by the fact that statistically the German market volume declined by 0.8%, based on apparent tissue consumption. The UK, the second-largest market, had growth of 1.2%, which largely counterbalanced the German volume decline. This means that the two largest markets, accounting for 38% of regional consumption, did not contribute to growth at all, which substantially lowered the Western European average. The Benelux countries recorded the most positive development in the sub-region, with tissue consumption growing by 5.7% in Belgium and 2.5% in the Netherlands. Austria and Ireland showed modest growth of 1.2% each, while consumption in Switzerland remained at the same level as in 2017. 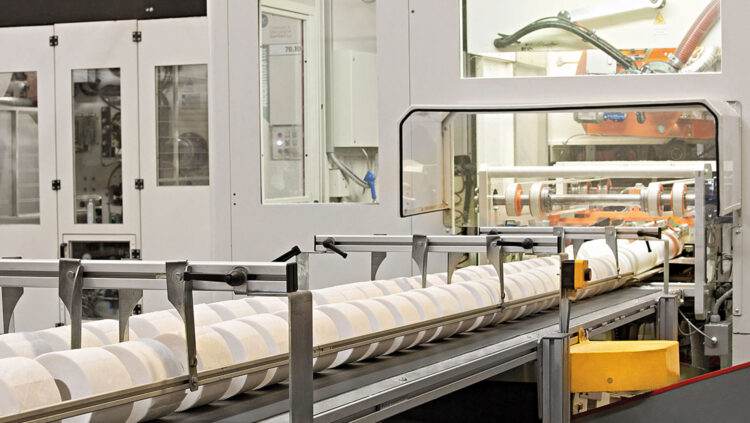 On average, Southern European tissue consumption grew by 0.7% in 2018, which corresponds to the average Western European growth rate. But individual countries behaved quite differently. Malta and Spain recorded the highest relative growth rates of 7.6% and 4.2%, respectively; however, Malta recorded small volume growth of about 500 tonnes. Spain finally reached and exceeded the pre-recession consumption level of 2007 and 2008. This shows how badly the Spanish tissue market suffered from the economic downturn and its consequences of high unemployment and reduced purchasing power of consumers – it took ten years to recover! Italy is now the largest tissue market in Southern Europe, having taken this position from France in 2017.

Italy’s apparent tissue consumption grew very strongly, by 7.5% in 2017, but stagnated and declined by 0.2% in 2018. The five-year average growth rate for 2013-2018 shows trend line growth of 2.1%, illustrating that there is still growth potential, especially in the AfH sector and southern Italy. French tissue consumption has stalled at its low level. The country’s per capita consumption of 13 kg per head is the lowest in Western Europe. In the past three years, tissue consumption has contracted year after year. We do not fully understand the reasons for this as the country is otherwise well developed, but suppose the relatively high share of retailer labels, traditionally simpler product structures (for example, fewer plies than in Germany) and low penetration degree in some segments, particularly in napkins and facial tissue/hankies, are major reasons. Greece has been in economic turmoil in recent years, and the wave of closures a few years ago has led major growth in imports. Independent converters have strengthened their position in the country, and parent roll imports from Turkey, Italy, Romania and Indonesia have seen a substantial increase. Greek tissue consumption showed growth of 2.5% in 2018, according to our data. After a strong increase of 4.1% in 2017, Portuguese tissue consumption took a break in 2018 and remained at the same level as in 2017. New domestic capacity that started up in 2015-2018 has made the country a major exporter and strengthened its domestic supply as well.

Maturing growth in the Nordic countries

In conclusion, the Nordic markets are relatively mature because of their high per capita consumption, advanced AfH tissue use and moderate population growth, only helped by immigration. Finland and Denmark booked some moderate growth in 2018, of 2.2% and 1.0%, respectively. In terms of volume, these changes are unimportant.

The smallest Nordic market, Iceland, showed a small decline of 1.6% but in terms of volume this was less than 100 tonnes.