In 2018, global retail sales of consumer tissue products grew by 2% in constant US dollar terms to reach USD 78 billion, with projected compound annual growth (CAGR) of 2.6% at constant 2018 prices over 2018-2023 to reach estimated USD 88 billion, or 28 million tonnes. On the whole, global untapped potential for retail consumer tissue is estimated to stand at USD 51 billion, and 18 million tonnes.

In the developed markets, the industry continues to struggle with already high levels of market penetration, slow population growth, and pricing pressures. High input costs forced branded tissue manufacturers to announce price increases in retail, some of which come at the expense of volume growth as many consumers (especially lower income households) look for lower pricing. The latter trend also creates further opportunities for discounters, which continued to see growth in a number of markets, including developing markets like Turkey. In emerging and developing countries, on the other hand, per capita consumption of tissue products for most part is still low. Thus, there remain opportunities for further industry growth, supported by improved incomes and better product availability.

However, affordability remains an issue for many in developing regions, due to the fact that the majority of untapped potential is found within the vast low-income consumer base.

India and China, both with estimated unmet potential of around four million tonnes, are the two top global markets by unmet potential, followed by Egypt, Russia, Brazil, and Nigeria.The markets show significant differences in per capita consumption; from still quite negligible levels in India to far more evolved Russia, Brazil, and China. Markets with more evolved consumption patterns and higher disposable incomes, such as China, present opportunities for value-added higher-quality products, especially in urban areas. On the other hand, markets such as Russia and Brazil already show a significant level of private label development in retail tissue, in contrast to China, India, Egypt, and Nigeria.

Expansion of private label is putting pressure on prices, as consumers increasingly recognize opportunities to purchase quality products at competitive prices. Africa continues to draw attention, and retail sales of consumer tissue in the region have been gaining traction. Retail tissue consumption in South Africa stands at 5 kg per capita, which is about half the per capita retail consumption in developed regions but far ahead of most markets in Africa. Per capita consumption of retail tissue in Angola stood at close to 2 kg in 2018, while most other markets in Africa still show consumption levels well below 1 kg and leave much room for long-term industry expansion in the region.Some of the industry challenges to growth and brand awareness, aside from low incomes and macroeconomic and political instability, also include black market, cheap counterfeits, and low-cost Chinese imports coming into the region.

Environmentally responsible products and practices are among the core strategies for many leading players in the global tissue industry. Aside from response to consumer and government pressures, these are also an integral part of the industry approach to cost efficiencies and utilisation of the alternative sources of fibre. The trend sees the launch of products positioned as providing sustainable solutions as well as value for money and quality. Latest examples include tubeless Lotus Moltonel by Essity in Europe; the expansion of UK-based The Cheeky Panda bamboo-based products beyond its UK home base, and bamboo-based products under the Mayflower brand by YFY in Taiwan. Unbleached tissue products have also been gaining attention in some markets, such as China, for example. While some of the more premium-priced products with eco-positioning start off by selling products direct to consumers via online channels and in specialised retail outlets with a focus on natural products, such as Whole Foods for example, retail distribution has been expanding, along with product awareness and visibility.

In 2018, online retail accounted for 5% of global consumer tissue sales. While still behind, compared to for instance disposable hygiene products, online tissue sales have nonetheless seen a substantial uptake in sales as more consumers have been shifting towards e-commerce for better price and convenience as well as wider product selection, including private label by leading e-tailers like Amazon with increased focus on its own private label consumer staples like tissue. 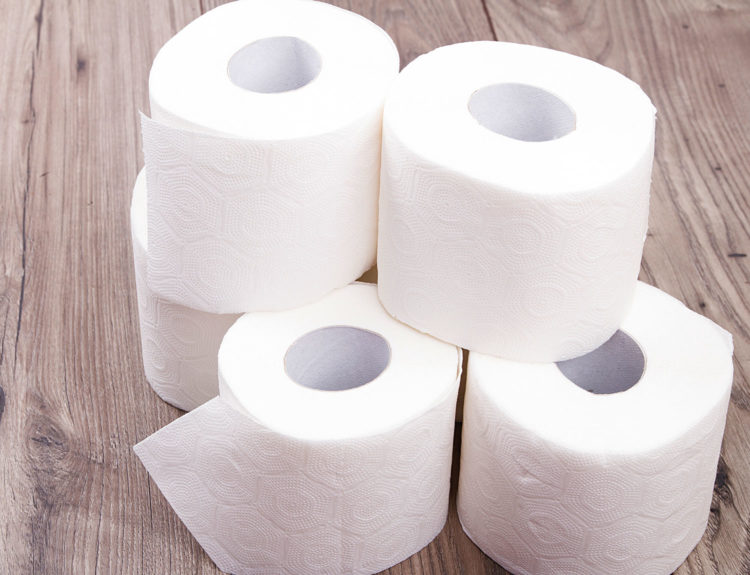 The evolution of technology, including virtual assistants like Alexa, further facilitates the shift, as it makes it easier to re-order household staples. Interestingly, subscription boxes with a focus on consumer tissue have gained traction in the market. Subscription boxes usually focus on value-added premium products as well as products positioned as sustainable/eco-friendly and ethical. In Germany, for instance, the subscription box Smooth Panda offers bamboo toilet paper in recyclable packaging.

Likewise, in markets like Australia, the US and UK, the subscription box Who Gives a Crap has gained some popularity. This Australian company is making its products with environmentally friendly materials, including bamboo and recycled fibers. The company also donates half of its profits to help build toilets in the developing countries, thereby helping to improve health and daily hygiene of the communities it works with. While subscription boxes are not likely to overtake store-based retail and more established forms of online retail, the subscription platforms create opportunities for smaller brands to differentiate themselves from mass market competition and build targeted distribution and consumer loyalty for long term growth.